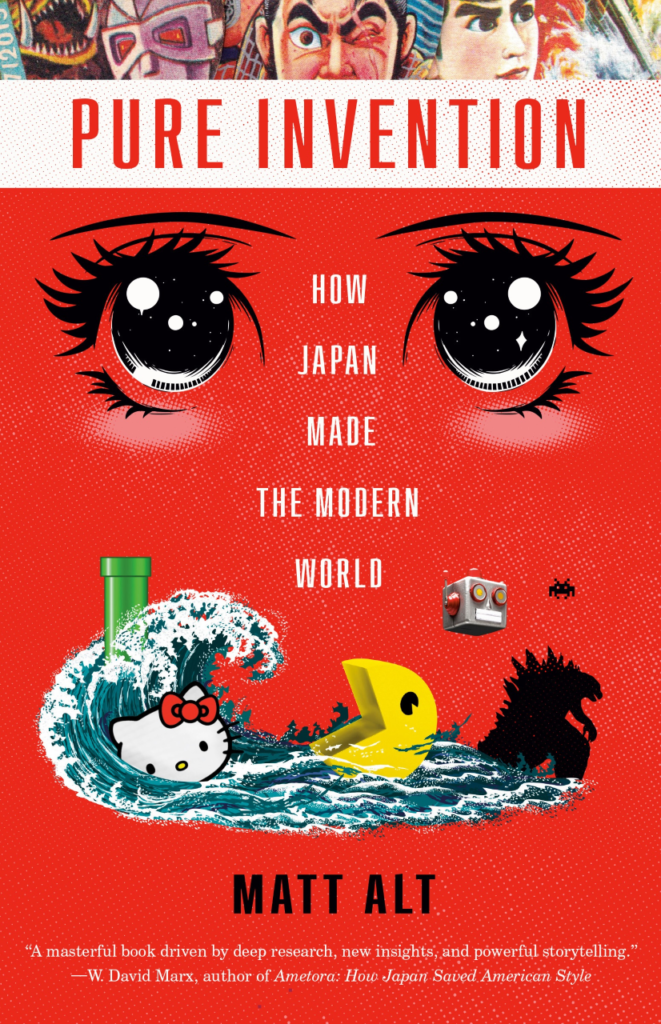 In this J-Book Club we explore the untold story of how Japan became a cultural superpower through the fantastic inventions that captured–and transformed–the world’s imagination, from karaoke and the Walkman to anime and emoji.

During the “economic miracle” of the 1970s and 80s, Japan seemed to exist in some near future, soaring on the superior technology of Sony and Toyota while the West struggled to catch up. Then a catastrophic 1990 stock-market crash ushered in what the Japanese call their “lost decades.” The end of the boom times should have plunged Japan into irrelevance. But in Pure Invention, Matt Alt argues that’s precisely when things got interesting–when once again, Japan got to the future a little ahead of the rest of us.Japan made itself rich after the Second World War by selling the world what it needed, in the form of better cars, appliances, and microprocessors. But it conquered hearts through wildly creative pop culture that responded to modern life in new ways. As social compacts and safety nets evaporated, in rushed a revolution of geeky gadgets, gizmos, and flights of fancy. Hello Kitty, the Nintendo Entertainment System, and illustrated entertainment empires like Pokemon and Dragon Ball Z were more than marketing hits. They transformed Japan into the world’s forge of fantasies, and they transformed us as we consumed them: karaoke making everyone a star, emoji rewriting the rules of human communication, virtual game-worlds offering escapes from reality and new perspectives on it.By turns a nostalgia trip and a secret history, Pure Invention is the story of an indelible group of Japanese craftsmen, artists, businesspeople, geniuses, and oddballs. It is also an unsung chapter of globalization, in which Japanese dreams formed a new blueprint for global pop culture–and may have created the modern world as we know it.