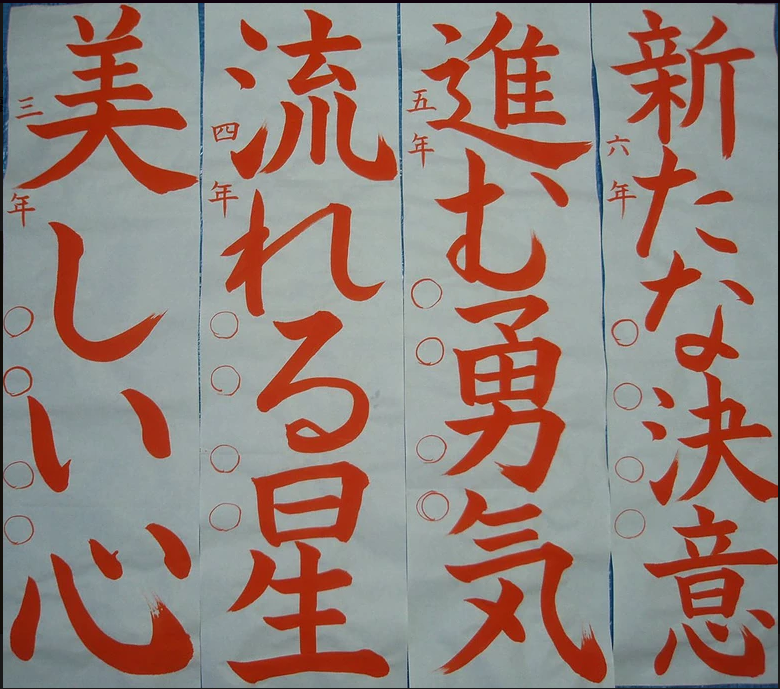 *A minimum of three students must be registered for this class to be held.
A confirmation email will be sent out in advance.*

*Students should dress appropriately for class; do not wear clothes that might be damaged or smudged by the sumi ink. Students might wish to wear an old shirt, T-shirt, or artist’s smock.

Satomi Shoko China started learning calligraphy at age four. Currently, she is the head of the Japan Calligraphy Washington DC West branch. Previously, she studied under Suichiku Emura, a designated national heritage calligraphy artist. In 1989 she received her pen name “Shoko (brilliant light)” from Harada Kanpou, the founder of Nihon Shuji. She began practicing her art in the Kanpou hall in NYC from 1996, and proposed an “opera calligraphy performance” through art therapy and music therapy. In addition to the Soho Puffin Gallery and NY Orensanz Museum, she guest appeared in numerous art shows in Japan and the US and received favourable reviews. She is currently concentrating her efforts on raising the next generation of artists and promulgating artistic cultural technique.