July 12, Washington, D.C. – Japan-America Society of Washington DC mourns the passing of Kunihiko Saito, Japan’s ambassador to the United States from 1995-1999. Ambassador Saito was a soft-spoken but strong supporter of the U.S.-Japan alliance, and he worked diligently in support of it. He was also a strong and early supporter of the Society’s National Japan Bowl Japanese language competition, which has become an important tool for motivating Japanese language study at the high school-level across our country.

He was a good friend, and he will be missed. 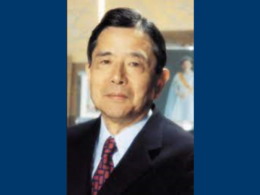