The Japan-America Society of Washington DC is pleased to announce that its Board of Trustees has elected Kenichiro Mizoguchi to serve as its Co-Vice Chair. As Vice-Chair, Mr. Mizoguchi will help provide the strategic direction and guidance for the Society and its programs such as the Sakura Matsuri – Japanese Street Festival, the National Japan Bowl, and the US-Japan Capital Gala.

“Ken has been a valuable Trustee to the Society since he joined us three years ago, and I am really delighted to now have him in this important leadership position. His experience as a business leader and significant work within the US-Japan policy community make him an invaluable asset for us.  I am grateful for his service.”

The General Manager of Hitachi, Ltd’s Washington DC Corporate Office, Mr. Mizoguchi is also President of the Japan Commerce Association of Washington DC. He will take over the Vice Chair role from Go Eguchi of Mitsubishi Corporation Americas and will serve alongside Co-Vice Chair Emma Chanlett-Avery of the United States Congressional Research Service. 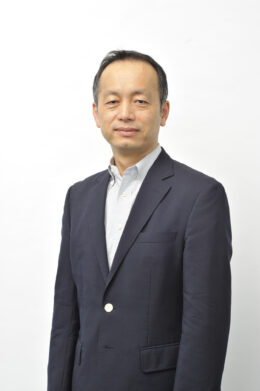