WASHINGTON, D.C. – The Japan-America Society of Washington DC (JASWDC) is excited to announce that the 30th National Japan Bowl competition, also known as Digital Japan Bowl III, will be held on Thursday and Friday, April 21-22, 2022, via Hopin.

Following the success of the Digital Japan Bowl over the last two years, JASWDC will continue to hold the competition online, welcoming approximately 200 students and teachers from around the country to participate in a digital, real-time competition over two days.

Students are divided into three levels based on how long they have studied Japanese. Each school sends a team of two to three students to compete at each level. Over two days, teams tackle 75 questions and a conversation round. The top three teams from each level then face off in the championship rounds to determine who will be crowned this year’s national champions.

The Championship Rounds and Closing Ceremony will be live-streamed on YouTube from 6-9PM EST on Friday, April 22.  Viewers can expect appearances from Japan Bowl Honorary Patron Her Royal Highness Princess Takamado and other Japan Bowl supporters alongside surprise VIP guests to be announced closer to the date.

In between rounds, students will enjoy live workshops, including origami, tea ceremony, and Japanese cooking demonstrations. Students and teachers will also have the opportunity to network with each other and a variety of Japanese cultural organizations, universities, and sponsors to learn more about study abroad programs and additional Japanese language and cultural opportunities outside the classroom.

To mark the 30th Anniversary of the National Japan, Digital Japan Bowl III will also have some additional events. These include a toss-up championship round for teachers to showcase their knowledge of Japan and a Q&A panel with Japanese teachers on how to prepare for the JLPT and AP exams.

Summary of the Event

The National Japan Bowl is America’s premier Japanese-language competition, now in its 30th year. JASWDC organizes the Japan Bowl each year to recognize and encourage students across the United States who have chosen Japanese as their foreign language. For these students, the Japan Bowl is not just a challenging and fun competition, it also provides a chance to experience Japanese culture firsthand and to meet other students who share their interest in Japan and its language.

The Japan-America Society of Washington DC has supported the creation of twenty regional Japan Bowl competitions across America and around the world, giving the program a global impact.

For more information about the National Japan Bowl, contact Nancy Marsden at  japanbowl@jaswdc.org. For media access and press coverage of the event, contact Olivia Kent, okent@jaswdc.org.

The Japan-America Society of Washington DC is a 501(c)(3) educational and cultural non-profit organization dedicated to strengthening the relationship between Japan and the U.S. at the grassroots public diplomacy level. JASWDC’s programming aims to bring Japanese and American people closer together in the Nation’s Capital area. 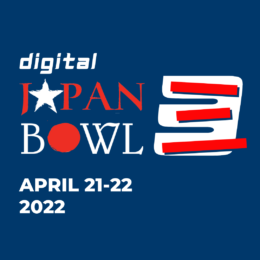