WASHINGTON, D.C. – The Japan-America Society of Washington DC (JASWDC) is delighted to announce the appointment of Ryan Shaffer as its new President, effective February 18, 2019. He will take over from JASWDC Trustee Abigail Friedman, who served as Interim President during the year-long search process.

The Society welcomes Shaffer’s wealth of experience in U.S.-Japan relations, both in programming and development. “In an uncertain world, when the U.S.-Japan relationship is more critical than ever, Ryan is just the right person to lead the Society,” said Chairman of JASWDC’s Board of Trustees Matthew Goodman. “Ryan will help carry out our vision to be the most visible, trusted organization in the Washington area bringing together the American and Japanese people.”

Shaffer will lead a dedicated staff of JASWDC professionals in carrying out and expanding the Society’s educational, cultural, business, and policy programs, including the popular Japan Bowl, Sakura Matsuri Street Festival, Japanese Language Classes and the Japan-In-A-Suitcase (JiS) Program.

“I am honored and excited to assume the presidency of the Japan-America Society of Washington DC,” said Shaffer. “Working from the District’s grassroots to the high policy level, JASWDC plays a critical role in promoting the mutual understanding and admiration that forms the core of the U.S.-Japan relationship. Looking forward, I see great potential to expand on the Society’s remarkable 61-year legacy.”

The Board of Trustees is grateful to Abigail Friedman for her service as Interim President over the past year and looks forward to welcoming Ryan Shaffer to the Society.

Prior to joining the Society as President, Mr. Shaffer was Director of Programs and Development at the Maureen and Mike Mansfield Foundation. In that capacity, he oversaw and promoted a wide range of policy programming on contemporary topics of key concern to the U.S. and Japan. Earlier professional experience includes serving as a research analyst for the Washington office of the Federation of Electric Power Companies of Japan.

Mr. Shaffer was raised in Portland, Maine, has an MSc in Asian politics from the University of London’s School of Oriental and African Studies and a BS in environmental policy from Bates College.

The Japan-America Society of Washington DC is a 501(c)(3) educational and cultural non-profit organization dedicated to strengthening the relationship between Japan and the U.S. at the grassroots public diplomacy level. Our programming aims to bring Japanese and American people closer together in the Nation’s Capital area. www.jaswdc.org 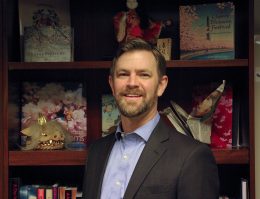