WASHINGTON, D.C. – Japan-America Society of Washington DC is pleased to announce that U.S. Rep. Diana DeGette (D-CO) has been selected as this year’s recipient of the Society’s Marshall Green Award. The Board of Trustees of the Society established the Marshall Green Award in 2011 to recognize “an individual or group that has made a sustained and significant contribution to strengthening relations between the United States and Japan, and/or to increasing understanding between the American and Japanese people.” The award will be presented at the Japan-America Society of Washington DC’s 35th annual US-Japan Capital Gala on October 20th, 2021.

JASWDC President Ryan Shaffer stated, “Congresswoman DeGette has proven herself to be one of our country’s most important and effective champions of the United States-Japan relationship. Through her co-chairmanship of the Congressional Study Group on Japan, Congresswoman DeGette has for many years led bipartisan delegations of members of the U.S. Congress to Japan to increase their awareness and understanding of Japan and the importance of the US-Japan relationship.  Moreover, her accessibility and support of grassroots organizations such as the Japan-America Society of Washington DC and the National Association of Japan America Societies truly amplifies the effectiveness of our efforts across the country. The Society is honored to recognize Congresswoman Diana DeGette for her contributions over many years to the United States-Japan relationship.”

U.S. Rep. Diana DeGette is a fourth-generation Coloradoan who has dedicated her life to serving the people of Colorado’s First Congressional District.

Born on a U.S. military base in Tachikawa, Japan, DeGette currently serves as co-chair of the Congressional Study Group on Japan and remains a key leader in helping to strengthen relations between the two countries.

As a member of the U.S. House of Representatives, DeGette has played a pivotal role in the development of several comprehensive health reform laws and is a leading voice on U.S. health care policy. She is also widely considered one of Congress’s leading experts on cutting-edge scientific and human embryonic stem cell research.

Among her many accomplishments, DeGette is most well known as the co-author of the 21st Century Cures Act, a landmark piece of legislation that has revolutionized how the U.S. researches and develops new cures and treatments for some of the world’s most difficult diseases.

As the current chair of the House Energy and Commerce Oversight and Investigation subcommittee, DeGette leads the panel that’s responsible for overseeing some of the nation’s largest agencies, including the Department of Health and Human Services (HHS), the Environmental Protection Agency (EPA) and the Food and Drug Administration (FDA).

In her role as chair of the oversight panel, DeGette has become a leading figure in overseeing the United States’ response to the COVID-19 pandemic. She’s also currently working to ensure the nation’s Environmental Protection Agency has the tools and resources it needs to properly enforce the nation’s environmental laws; and continues leading the charge to lower the cost of insulin for millions of Americans.

In addition to serving as a senior member of the House Energy and Commerce Committee, DeGette also serves as a member of the House Natural Resources Committee where she’s working tirelessly to enact new policies that will further protect millions of acres of public lands across the U.S. to help combat the global climate crisis. 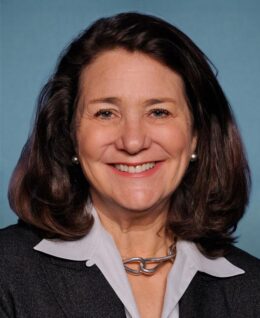