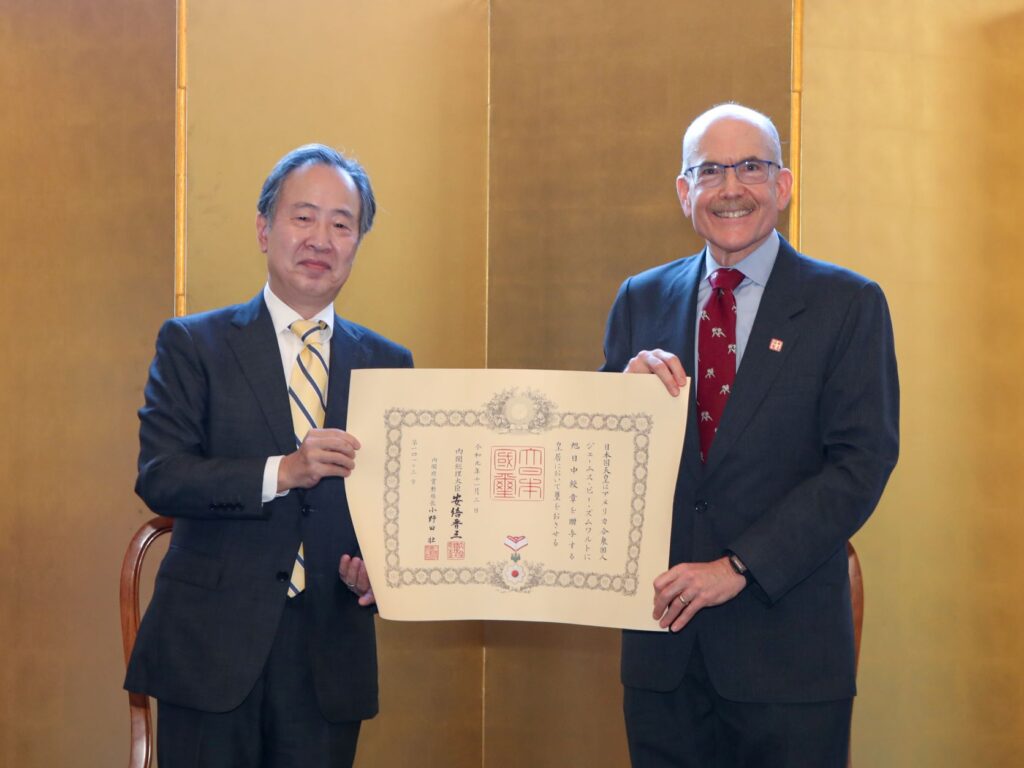 The conferment was marked by speeches from Ambassador Koji and Joseph M. Young, former Chargé d’Affaires at the US Embassy Tokyo, who recognized Ambassador Zumwalt’s lifelong career as a diplomat and organizational leader, and his commitment to building bridges between the US and Japan.

The Order of the Rising Sun is awarded by the Japanese Government to those who have made distinguished achievements in international relations, promotion of Japanese culture, advancements in their field, development in welfare or preservation of the environment.

Ambassador James Zumwalt serves as Chairman of the Japan-America Society of Washington DC. Prior to this role, he served as Chief Executive Officer of the Sasakawa Peace Foundation USA from February 2017 until his retirement from the position in August of 2019.  Ambassador Zumwalt was the United States Ambassador to the Republic of Senegal and the Republic of Guinea Bissau from 2015 to January 2017.  Previously he was responsible for policy toward Japan and Korea as Deputy Assistant Secretary in the Bureau of East Asia Affairs.  When the Great East Japan Earthquake and Tsunami struck Japan in 2011, Ambassador Zumwalt was serving as Deputy Chief of Mission at the U.S. Embassy in Tokyo, where he coordinated the United States’ support for the Japanese Government’s response to that crisis. 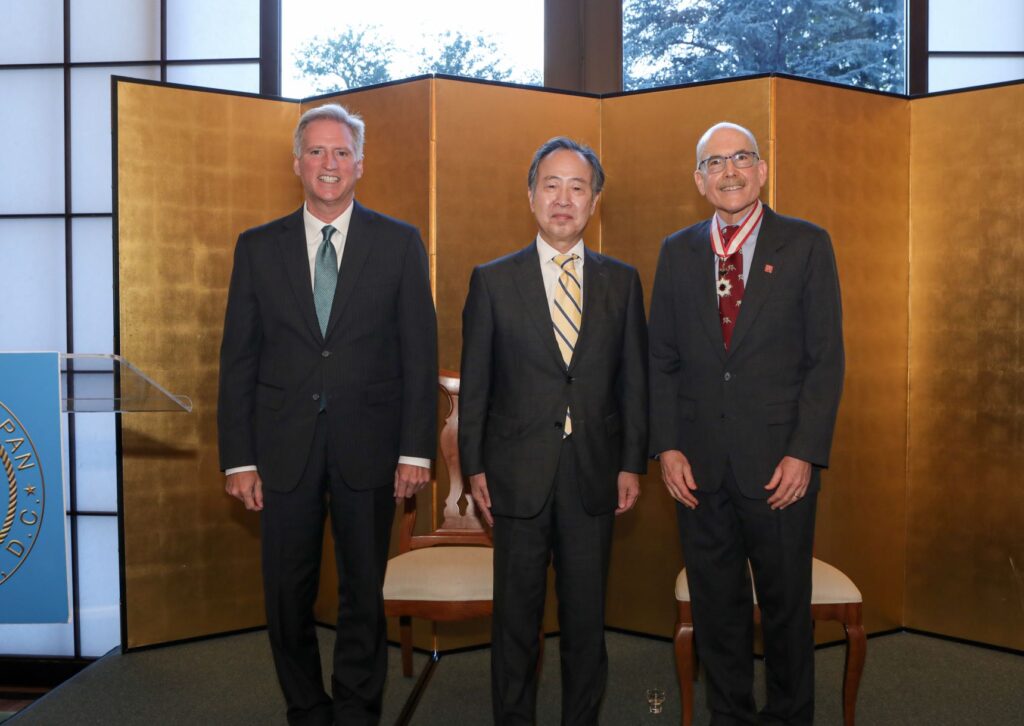 During his 36-year Foreign Service career, Ambassador Zumwalt has served in a variety of assignments with a focus on Asia and international economics in Washington, Tokyo, Beijing, Kinshasa, Dakar, and Bissau.  In Washington, D.C., Jim worked in the Bureau of Economic and Business Affairs and at the United States Trade Representative’s Office.  He also worked in the Bureau of East Asian and Pacific Affairs Japan, Korea, and Philippine desks. Jim speaks Japanese and French and some Chinese.

Ambassador Zumwalt received a master’s degree in International Security Studies from the National War College in 1998 and a Bachelor of Arts in American History and also in Japanese Language from the University of California at Berkeley in 1979.  He is from El Cajon, California and is married to Ann Kambara, a retired Foreign Service Officer who is now pursuing a second career in Social Work. 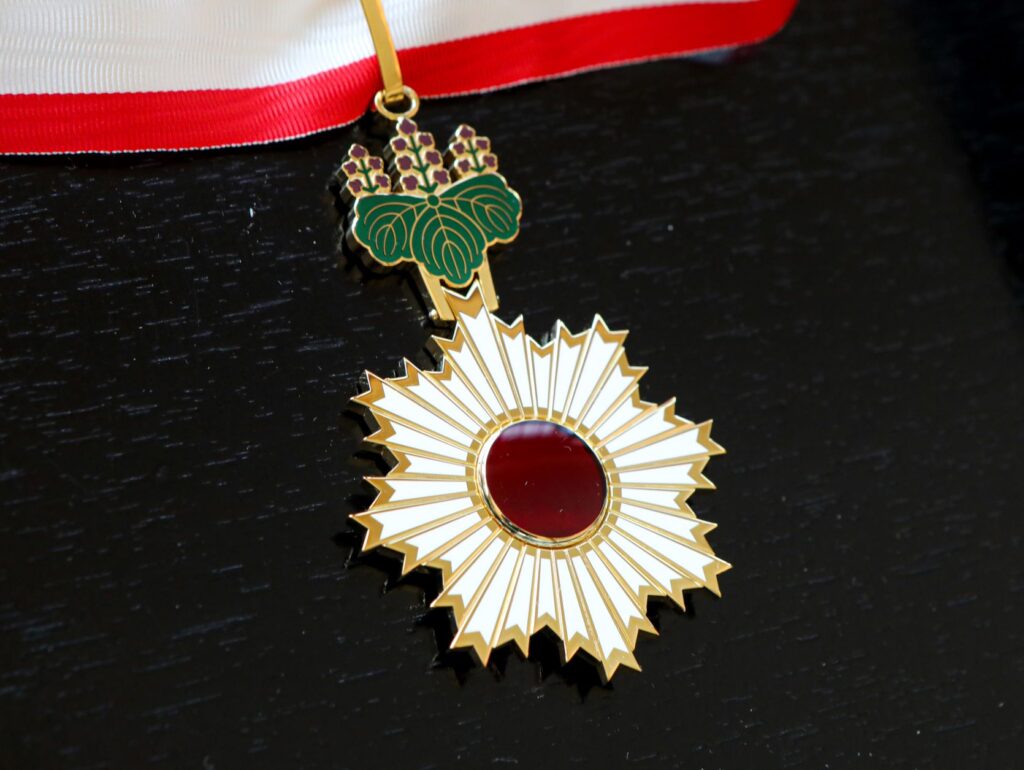 The Order of the Rising Sun, Gold Rays with Neck Ribbon 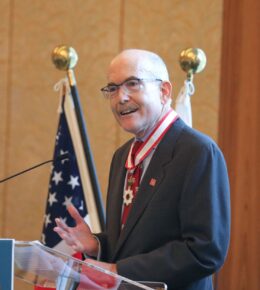